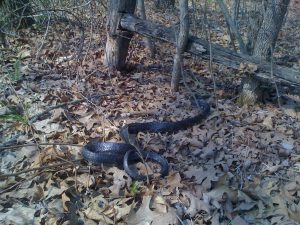 Snakes are viewed in a variety of ways throughout many cultures and regions, both positive and negative. Whichever view you take on the subject of snakes, there is one thing on which most of us can agree. When snakes are found too near human habitations, like in the woodpile or in the leaves, conflicts can occur. Solutions must be found for trapping and excluding these fascinating creatures when they venture too close to human habitation. 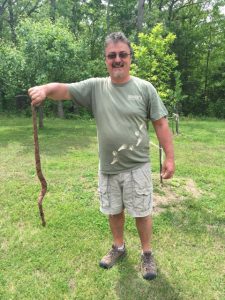 By far, the most common venomous snake in the Lake of the Ozarks area is the copperhead.

To determine whether a snake found on your Lake of the Ozarks area property is venomous or not, look for two main things. First, note the shape of the pupil. Venomous snakes have pupils that appear as vertical slits within the iris. Missouri’s venomous snakes also have a single row of scales along the underside of the tail. However, if you prefer not to get that close, a quick call to Adair’s will begin the process of snake removal.

Few people realize that all snakes native to Missouri are protected. It is against the law to kill any snakes. The only exception to this is if you feel threatened by a venomous snake. It is important to call Adair’s Animals to trap and remove any problem snakes from your home or yard.

All snakes are classified as carnivorous. They play an important role in controlling rodent populations, and they also serve as a food source for other wildlife. Hawks, owls, mink, skunks, and herons will eat snakes. Some snakes even eat other snakes. For instance, the King-snake, which is immune to pit viper venom, will kill and consume them if given the opportunity. 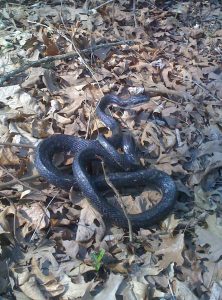 Around human habitations, snakes live in such areas as: woodpiles of boards and firewood, fence posts, dump heaps, slabs of roofing paper, scrap corrugated steel roofing, burlap, and piles of raked leaves. These areas provide hiding places for snakes and the food they eat, and may increase the availability of food animals. Ponds built near forested areas also provide habitats for several kinds of snakes.

Snakes have no real social structure. If you are finding a lot of snakes in an area, it is because there is an appropriate habitat and an abundance of food to support an increased population. Female snakes reproduce about once or twice a year; however, the methods of birth vary among species. Some snakes give birth to live young (from one to 150 at a time), while others lay eggs (from one to 100 at a time). For the most part, female snakes do not sit on their eggs like a hen, but in some cases they will protect their eggs (and their young) for a few days after they leave the mother’s body. 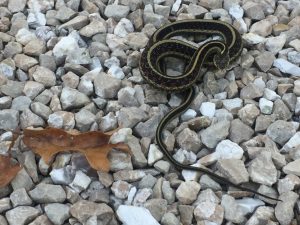 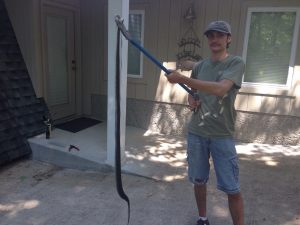 The largest area of concern with snakes is the risk of snakebites. Fatal snakebites are relatively rare, however close contact with snakes can increase the risk of a bite. Bites from venomous snakes require immediate medical attention, and any bite (even if non-venomous) can become infected.

If you have snakes infesting your Lake of the Ozark area yard or house, call the professionals at Adair’s Animal Nuisance Trapping. Our experienced team of trappers will provide snake relocation services and long-term solutions for recurring snake problems, to exclude them from re-entering your home, buildings, personal watercraft, or business.

Going Batty! Bat Control at Lake of the Ozarks